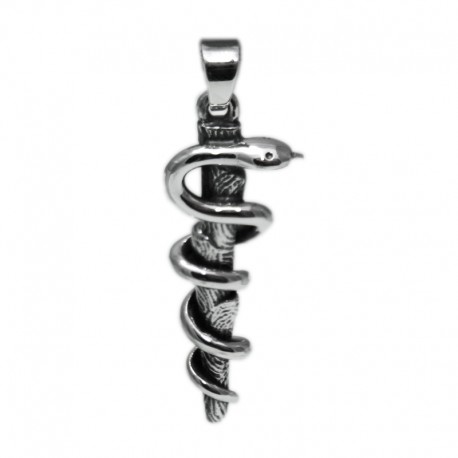 Pendant in the shape of a Rod of Asclepius, also known as the Aesculapius staff or the asklepian, symbol of medicine. The best gift for doctors and medical students.

Pendant finish. You can choose: black leather cord, with sterling silver terminals and strap or thick rolo chain in sterling silver. Both the cord and the chain are 45cm.

You will also find it in the form of a keychain or a pendant. 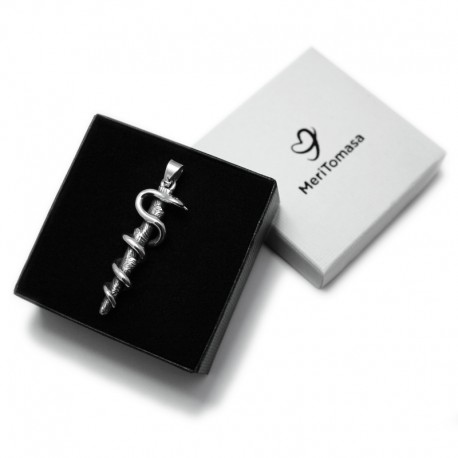 Rod of Asclepius Pendant in its Meritomasa packaging.

Asclepius pendant: what is the difference between the leather cord and the thick silver rolo chain? 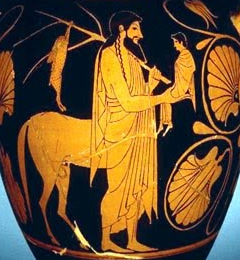 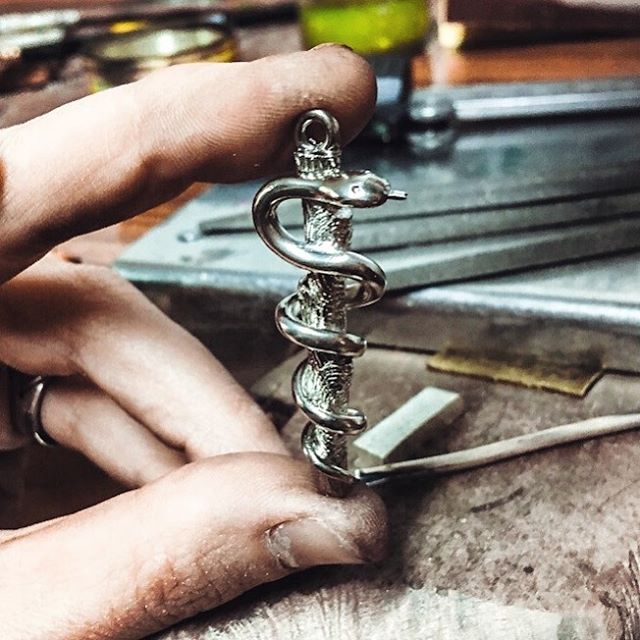