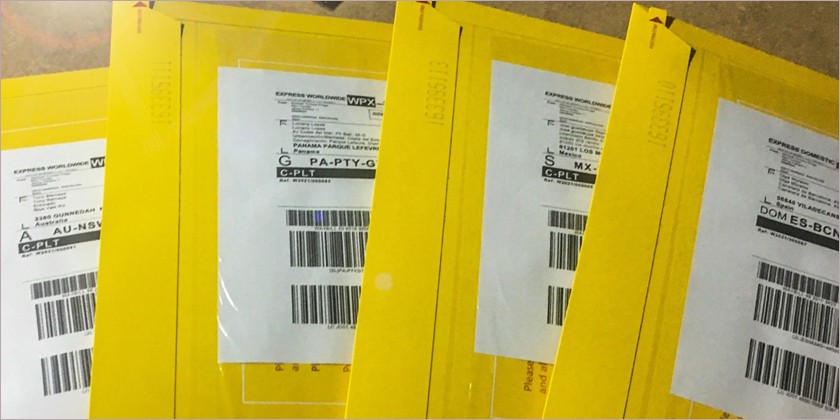 Australia, Panama, Mexico and Viladecans... Internationalization is you! It doesn't happen every day (and it's a shame!) but there are some days like today that I call DHL to make some shipments and I feel in a cloud. Australia, Panama, Mexico and Viladecans (which is right next to Barcelona). 3 international shipments and one local. For a small artisan jewelry workshop as The MeriTomasa's Treasures Factory it's a hoot to go this far. And I owe it to you who read these lines and buy me from so far away. Thanks a million!

I started doing International shipments a couple of years ago, in June 2.019. I had been receiving emails from potential clients overseas for a few months now and connecting the dots to see how to get around the paperwork, customs and transport. I finally opted for DHL and I am very happy with the reliability of my shipments. In August 2.019 I activated the online sale, first in the 28 countries of the European Union (now there are 27, without the United Kingdom) and a little later in a good handful of countries beyond the Union: in America, Europe, Asia and Oceania. Africa is missing, but everything will work out :) In September 2.020 I published my entire website also in English, so now I publish all my web in Catalan, Spanish and English

And you, do you live in another country and want to buy a MeriTomasa treasure and receive it with an international shipment? Contact me and I will send you a personalized quote by email.

I have participated in several internationalization programs. And from all of them I have learned many things. But there is one that is the main one. You :-) Thanks a million for placing your orders from so far away to this humble artisan jewelry that is The MeriTomasa's Treasures Factory.